As expected, the Fed raised the Fed Funds Rate by 25 basis points at last week's meeting.  The recent volatility in the markets caused by the Ukrainian Crisis allowed the Fed to pull back on their original projection of a 50 basis point hike.  While the Fed is still behind the curve on dealing with inflation, the market largely cheered the move.  Equities, for the most part, have been in over-sold territory for a few weeks now and investors decided to step in in a major way.

On average, the market is higher in every time period (1mth, 3mths, 6mths, 9mths, & 1 year) following 4 consecutive 1% daily gains.  The average return 6 months later is +7.25%.  Should that be the case this year, that would put the market back in positive territory.  In addition, we are heading into rebalancing season where institutional managers are likely to buy depressed equities as they rebalance back to original target allocations.

Oil prices receded somewhat last week, as the situation in Ukraine seemed to improve in terms of negotiations. 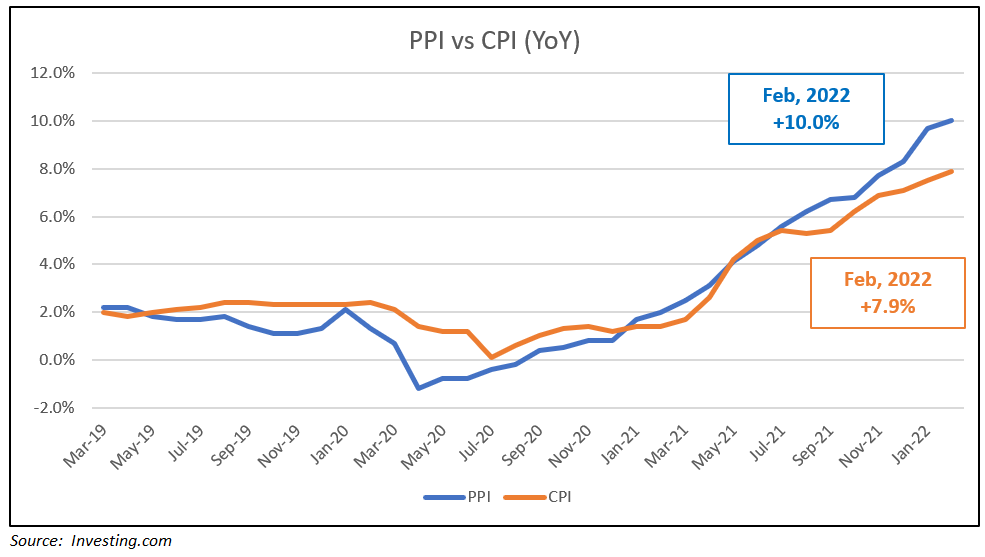 As we have been commenting on recently, while equities have been in over-sold territory, so too have commodities been in over-bought territory.  The long-term trend remains bullish for oil and commodities, but we could see some trimming of gains here in the short-term.  Inflation continued to show an increase as the PPI came in higher for February last week.  As long as inflation continues to rise, oil and commodities have an upward trajectory. 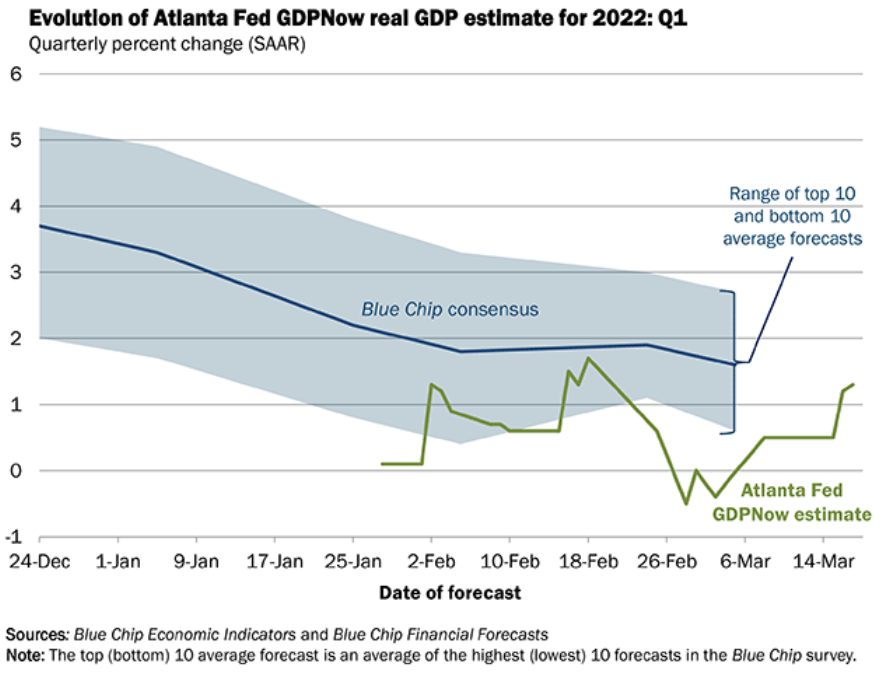 Just a few weeks ago, their projection was for -0.5% growth and is now +1.3%.  The supply chain is still a problem and struggles at ports in China over the past week have only added to the problem.  Economic growth could be more of a slow march through muddy waters going forward.  Volatility is certainly not done for the year.