As promised, this week's musings focuses on the hit Netflix show Stranger Things. 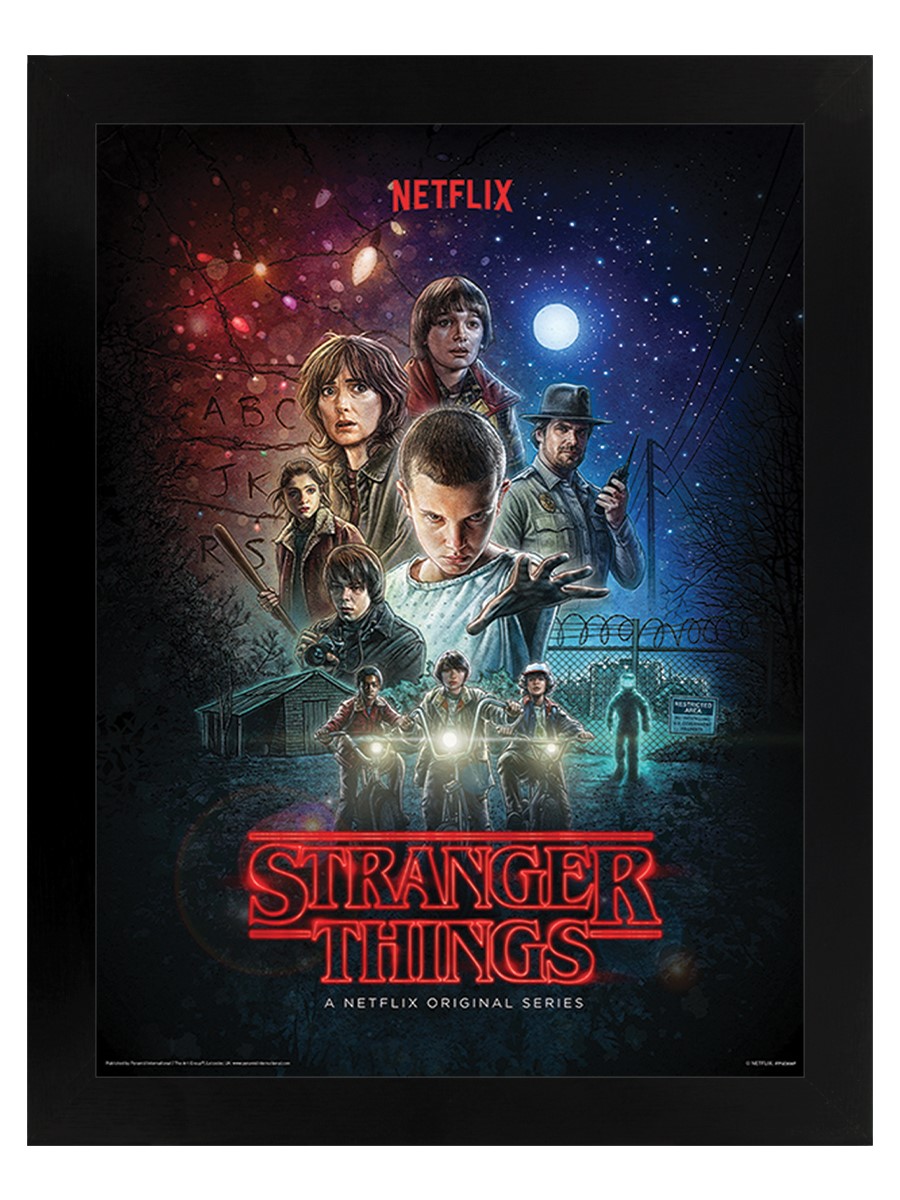 The show pays homage to 1980s pop culture while telling an unusual story about a group of kids who uncover the "Upside Down" world.  The attention to detail is remarkable - from the plates & glassware used on the set, to the cars and television sets, everything is from the '80s.  The creators of the show, the Duffer Brothers, even like to work in actual set pieces from other '80s movies and TV shows.  Some trivia about Stranger Things:

As markets have seemingly forgotten about economic fundamentals, perhaps we're living through the "Upside Down" now given the recent improvement in equities.  We don't think that's a reason to jump feet-first into equities just yet.  Here's what we're seeing so far this week...

Upside Down or Bear Market Squeeze?  Like a homage to times past in Stranger Things, investors seem to be paying homage to the Dot.com bust of the early 2000s. 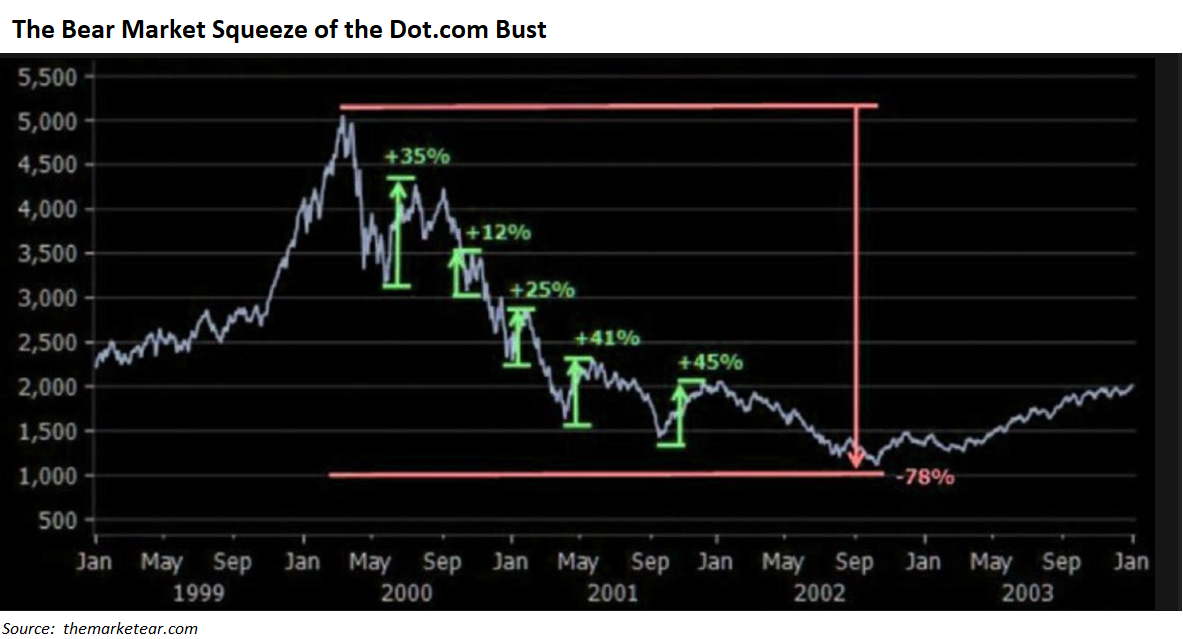 The Nasdaq attempted 5 bear market rallies from 2001 to 2001, on average equaling +31% before dropping a total of 78% from peak to trough during that Bear Market.

While the book has not ultimately been written on this current Bear Market, from the peak of November 19, 2021 to the trough of June 16, 2022 the Nasdaq was down 32%.  Most recently, the S&P 500 broke through the floor of 3,900 on June 10th to push the lower end of the channel to 3,666.  On the upper end of the channel, the S&P 500 would have to exceed 4,631 to break through the ceiling.  The current rally isn't likely to last unless that ceiling gets closer in view.  At this point, investors should be wary of the current move higher.

Friends and Numbers Don't Lie.  The main character in Stranger Things dubbed "11" is in a fragile state when found by Mike, one of the boys in the Dungeon & Dragons club.

To help calm her down, he tells her "Friends Don't Lie," which she takes to heart and the line becomes one of the themes of the show.  Well, unlike member of the media, politicians, and personalities, numbers don't lie either.  The jobless claims are going in the wrong direction, and that's not something that can be explained away, especially since job listings appear to have peaked.

Initial Weekly Jobless Claims have risen by 84,000 (+50%) since bottoming in April.  Continued Claims (those out of a job for more than 1 week) have risen 78,000 (+6%) since bottoming early last month.  Employers are beginning to follow suit.  Ford recently announced job cuts of 8,000 and Microsoft is cutting job listings in preparation of a tighter job market, as well as Apple entering a hiring freeze. 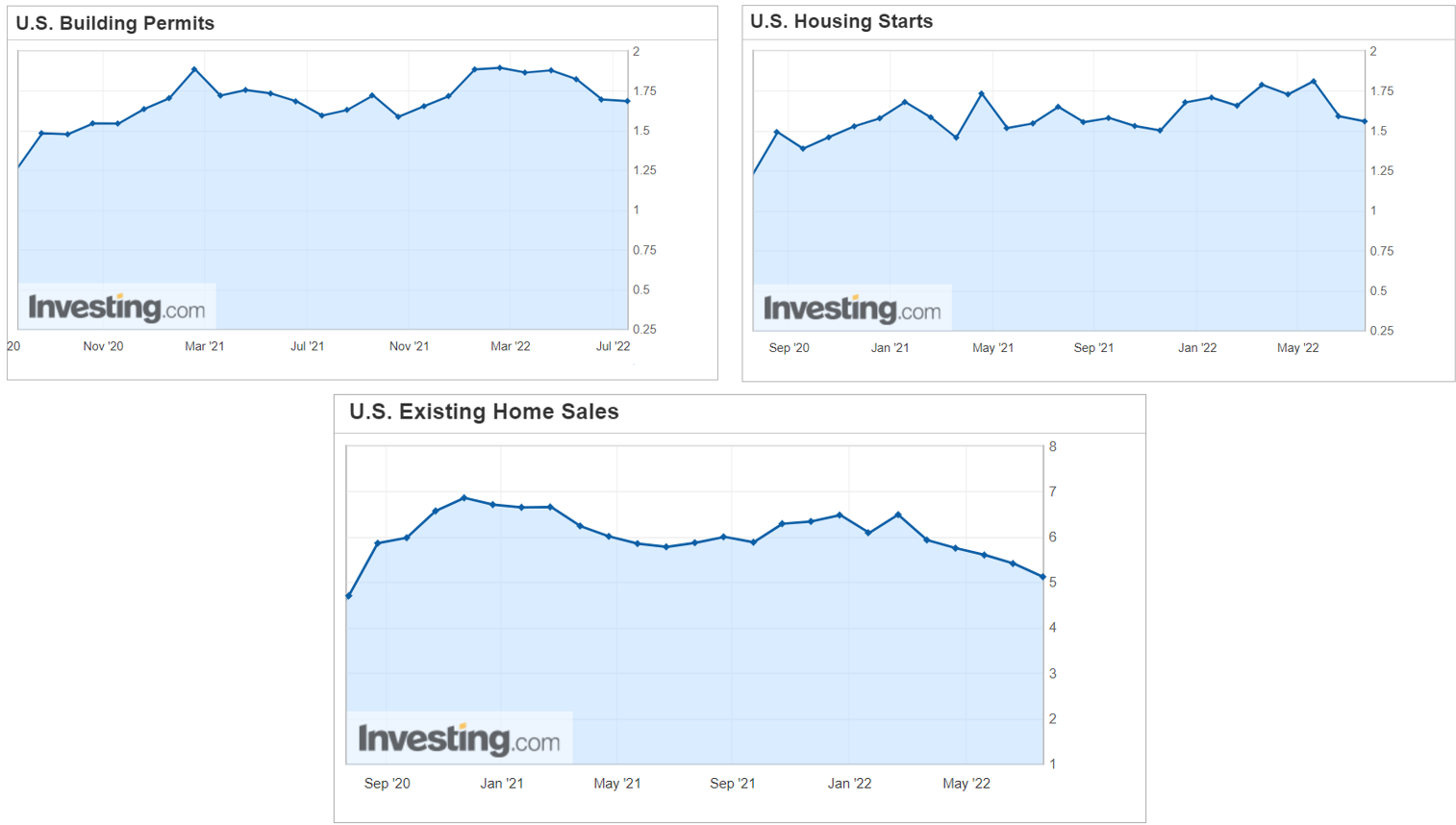 In fact, Job Listings were down 2.8% in June and appear on a downward trajectory.  In addition to jobs data, the Housing Market is showing signs of weakness.  Existing Home Sales are down 21% since February, Building Permits are down 11% over the same time period, and Housing Starts are down 14% from the peak just two months ago.  While there wasn't much data released this week, the Philly Fed Manufacturing Index continued its plummet into negative territory, dropping for the 4th consecutive month.  The U.S. Leading Index, which measures peaks and troughs in the business cycle, declined for the 4th consecutive month.  Numbers don't lie.

It's Not Supernatural...It's Just Economics.  The world of Stranger Things involves a lot of the supernatural.  That's how the show maintains interest among viewers.  If it was completely normal, it would be boring to watch.  However, in the real world, the current economic situation is easily explained if you just look at the data and history.  Investors seem to be betting on risk and that the Fed will soon pivot their stance on interest rates in order to save the economy. 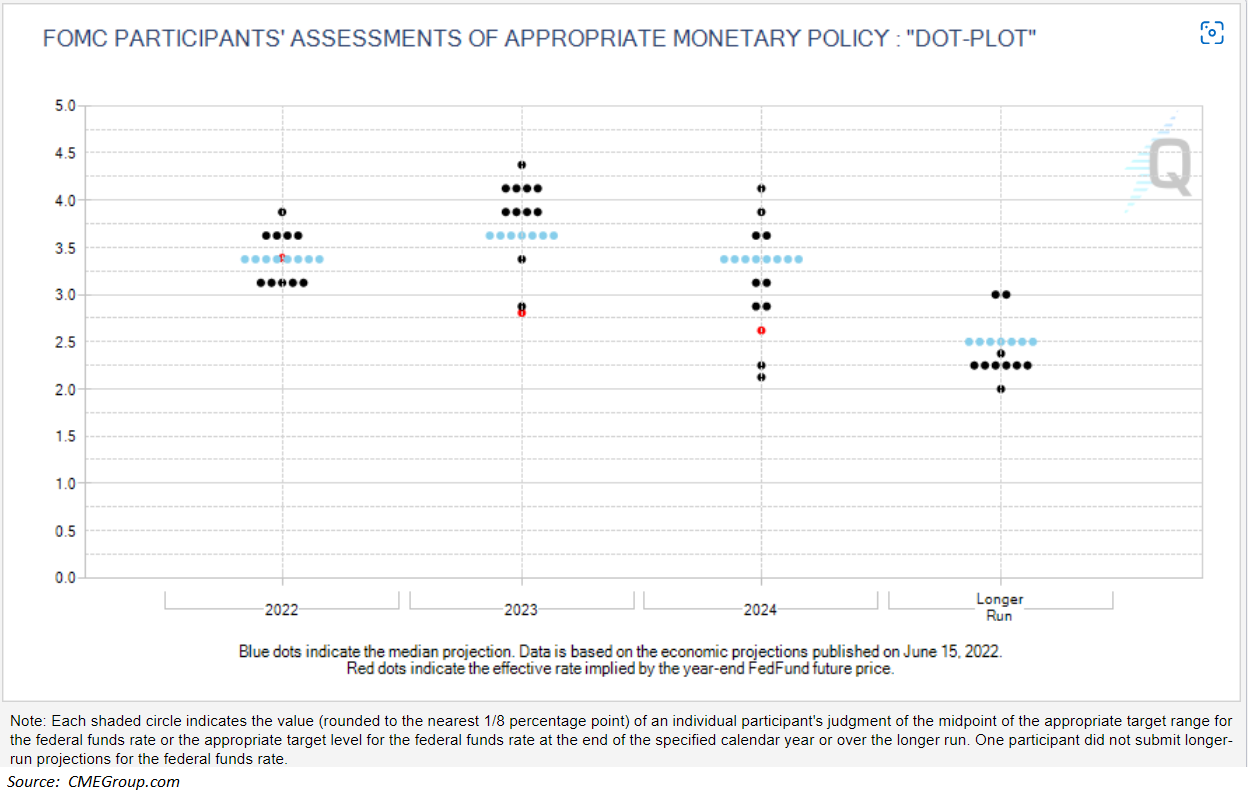 The peak of inflation has not yet been reached, and other than Fed rate hikes, there's nothing to suggest we're done seeing higher inflation.  The Fed has already raised 150 basis points this year, yet inflation has made new highs in 5 of the last 6 months.  As we've mentioned before, CPI (the prices consumers pay) doesn't usually peak until PPI (the prices producers pay to create goods & services sold to the public) peaks and/or falls below CPI.  PPI has continued rising this year with the gap between CPI & PPI only recently beginning to narrow over the last couple of months. 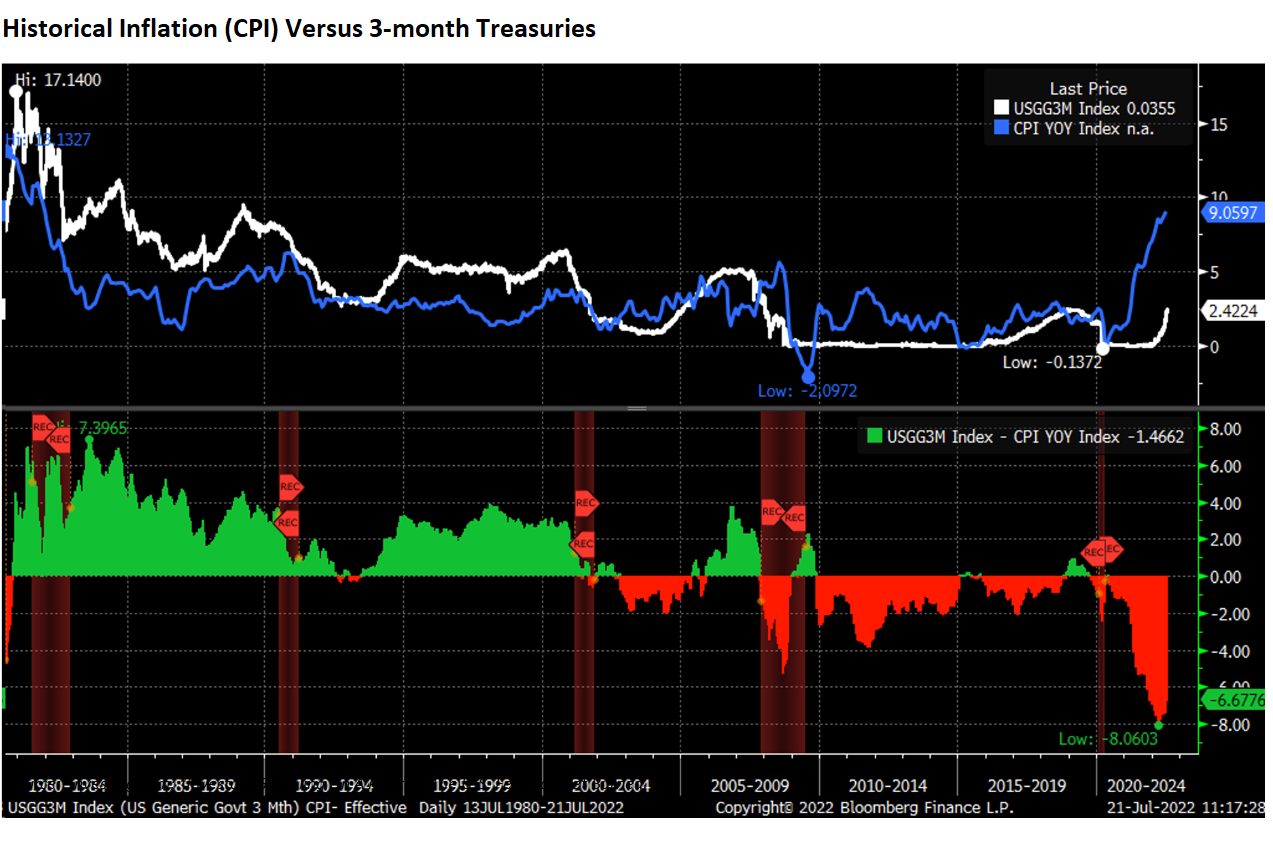 And yet, investors have become accustomed to the Fed pivoting whenever growth rates decline.  Historically, though, the bond market seems to know when to bank on a change in inflation.  When inflation was declining/low between 1980 and 2000, the 3mth T-bill was consistently higher than CPI.  Currently, CPI is much higher than T-bills - a gap of 760 basis points.  Until we see CPI head lower than T-bills, or T-bills increase substantially over CPI.  In the meantime, buying into this current rally might be too risky.